Whether its a man with a lightning bolt sitting in a chair, or the wide expanse of unknown elements far beyond our reach known as the Universe. Something gave us the most precious thing in the world. Life. Our brains can’t comprehend the complexity or secrets of life even though we spend a lifetime doing it. Let me rephrase that. I can't say "God in a metaphorical sense," for my atheist brethren and pretentious hipsters out there because I don’t believe it. I didn’t need any more proof something else was out but pondering the question gave me the evidence. You see Earth is over 4.5 billion years old. Taking into account the expansiveness of the universe, a relatively tiny speck or atom of energy gravitated to a specific light. A specific location just close enough to the sun to be warm, but no far enough away to be cold. It spends so much time around this spot of comfort it started collecting dust.  Dirt, water, terrestrial elements collided with the light and Earth was formed. 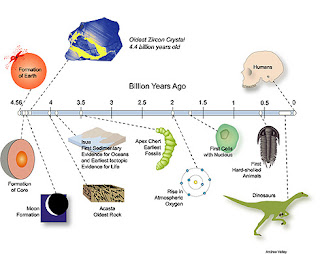 They settled, gathered, and grew to like the place to which they were stuck. They didn’t choose it, they just gravitated to it. Some divine force pulled them together. Years of this went by. A couple billion to be exact. A protective layer formed around the Planet that made it possible to colonize. Eventually, the visitors from outer space colonized the surface of the earth. Microbes of interstellar debris accumulated. Algae spread and spread. Volcanic rock formed epic mountainous landscapes. Trilobites, Nautiloids, and Sea Scorpions populated this new terra. A severe snowstorm overtook the planet for millions of years. What remained were organisms so minute, so minuscule, so resilient, that they endured over elements more careless. They understood that survival was the most important thing. Unfortunately, most of their limbs got frostbite during the storm and fell off that they would need to grow back. They would need to develop, transform, modify, and expand. They needed progress. They needed to evolve. Billions of years following the creation of the Earth, life as we can possibly perceive it, began. In a swift stroke of genius, a resident of the milky way galaxy started life. The only rock with the means and motivation to try something this ludicrous sprouted a seed. 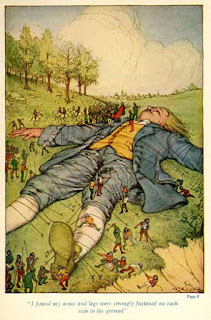 Evolution took place on a scale so tremendous that even the man upstairs thinks its pretty cool. An enormously colossal, tremendously monumental, family sized elephantine mammoth of a massively mega-monstrous scale.  It was so preposterous we can barely comprehend it actually happened. In fact, we’ve been in denial about it for the greater part of our existence. Vast chaos and lofty experiments took place simultaneously as these Lilliputian beings whipped themselves back into shape. They squirmed, they scrawled, and they stood. The organisms that remained saw fit to weaponize themselves for the dangers of the outside world. They knew they were going to be threatened. What terrible creatures rose from these ashes of the Earth? Lizards and reptiles. Beasts outfitted for the most rugged terrain imaginable. They were equipped to battle the most violent, brutal, and humungous creatures that would challenge their very right to live. To exist. Forget Israel and Egypt. Their evolution took place out of survival, not some dinosaurian theories based on religious beliefs. 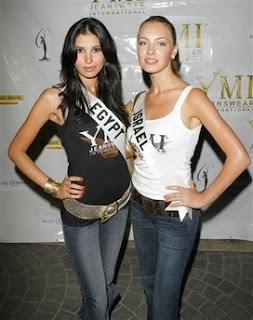 These affiliations, which are ultimately based on geographical location, are both insignificant and irrelevant to the human species. I’m Catholic, but not by choice. Nobody likes being Catholic. People go to church to find peace. Catholics go to church out of guilt. I just like the music the best. I appreciate all religions because their root teachings and beliefs center on the idea of progress and quality human behavior. Be good to your fellow man. But most have seen their religions twisted into hateful Zionist organizations. In the dinosaur world, they would be the carnivores. The predators. And the biggest and worst mother on the block was none other than the infamous Tyrannosaurus Rex. The King Lizard. The carnivorous bipedal coming straight out of the late Cretaceous. Stomping around with the most powerful jaw and tiniest arms. He ruled the land with cruelty and unreasonable consumption of dinosaur meat. But, there are those who take a peaceful approach. Beings that understood their survival was connected directly to the Earth itself, so they decided to feed on her, rather than feeding on each other. Apatosaurus' tired of getting on their friends' shoulders to reach food, grew longer necks. Stegosaurus developed elaborate defense mechanisms to shield themselves. Imagine a human being trying to survive in a world like that. How would you protect yourself? Lucky for us the mighty universe gave Earth a fresh start.  65 million years ago, an astronomical sized meteorite struck our planet and life as we knew it, ended. For millions of years, the Earth was a vast wasteland of molten rumble. A hell so unimaginable that no microbe dared survive. Hark! What did the Universe see? Survivors? Something new was taking place. A new species was gaining its balance. Animals crawled, squirmed, and stood again...