Have you ever had that feeling, you know, like you're being watched? It's a worry or slight apprehension. Sure it's agitating, but it's nothing to be scared of. Probably just nerves. Classic butterflies in your tummy. But that anxiety turns to unease as the floorboards creak. I'm talking about the creeps, the willies, the Heebie Jeebies! All it takes is a tiny twinge of angst like a pinprick or a bee sting to send a bucket of ice water cascading down your spine. I'm talking about dread. Shiver as a moment of foreboding gives way to alarm and panic inside you. Fright warps your mind which throbs as the walls close in around you. Then, finally, when everything is quiet, the moment you've been worried about has arrived at your doorstep, danger knocks! Consternation, perturbation ominous trepidation! Skin crawling, teeth chattering, and blood-freezing terror! A coffin opens, nails claw the wood, and a wolf howls on a mountaintop in the distance silhouetted by the full moon! Womp Womp Wommmppp! Oh, the horror! Muwahaha. Lion, tigers, and bears, OH MY... 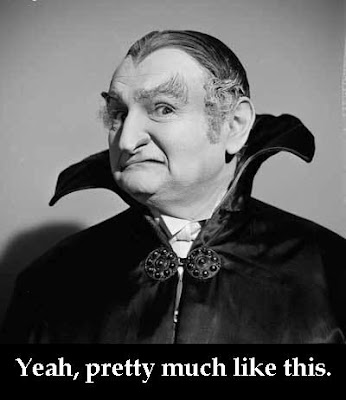 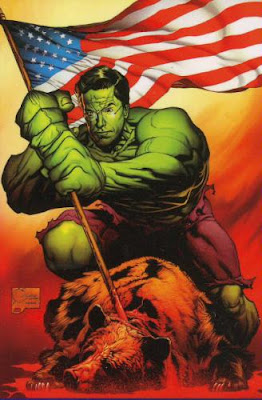 I’m talking about THE FEAR. The one we all have. The one we don’t have a name for that stops us dead in our tracks like a Deer transfixed by the blinding pearlescent fog lights of your Audi. Put yourself in that animal's hooves, somewhere along the entire navigational timeline of your life, you made a decision or decisions that brought it to this point. Did it let fear dictate direction?Standing with its pants down in front of a fast-moving, rapidly approaching metallic beast made of not four but four hundred horses barreling down upon you, eight thousand RPMs, screaming move or watch your entire existence come to an end. I am Shiva destroyer of worlds. Do we let it destroy us? Do we cower in its shadow and let it dictate the direction of our own lives? An enemy stands at our gates and the last white flag was just used to bandage your arm. So, I ask you, dear friend, what do we do now? Do we run? Or reload? The Belroq rises from its ashen tomb, breathing fire into the air, standing between us and our path, threatening our very existence, our very freedom, our very lives. Sure, we face total and absolute annihilation, but will we let it ruin that which we have worked so hard for? Will we give in now after we've come so far? 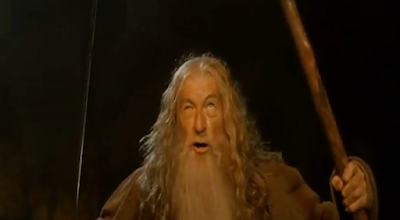 You shall not pass. When caught between two choices, two opposing forces, two complete and utter antithetical anathemas, do you cut off your arm and live, or die? Forget the odds; remember the stakes. When the walls close in and Chewie's banging on the door and Luke uselessly tries to barricade them with a pipe, everyone is screaming and freaking out what do you do? Situations often arise that we find ourselves in not quite sure how we arrived there. We can either turn around and go back the way we came or we can hop the fence. We stand frozen while it grips us, shaking us down. It slams us into submission so fast you’d think it was Royce Gracie or Kurt Angle with the Anklelock. When faced with the Sleeper hold, The  Figure Four, The Sharpshooter, or dare say it the LION TAMER, do you tap out?

When you turn around face to face with fear, do you run away? Turn on a dime, scoop up your pants, and leave a Roadrunner-esque puff of smoke where your body used to be. Peace, see ya later, no thanks, I’m outta here. It could be taking that job, moving to that city, or just asking for her number, but for that split second let your mind wander to what would happen if you just, uh, excuse me, but the moment is gone. The prospect of doing something and failing, the shame, the disappointment, the pain, is often too much for us to gamble against the quiet safe comfort of our own ineptitude. Are we willing to take the risk? Sure it may backfire and blow up in our faces, but at least we went for it right? What if we shot for the moon, bet the house, swung for the fences, sure it's a long shot, and maybe we were being a bit foolish, but at least we weren’t afraid? 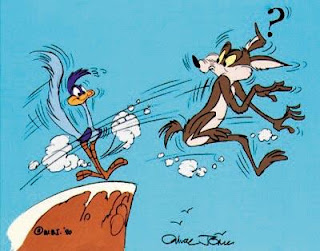 The judges of fate toss our lives onto a heavily weighted scale every single day. Somehow of the countless chances, you had to avoid this moment, you now stuck with only two options. Two weapons left in your vast strategic arsenal, two plans, neither of which were A or B. Do we let it hammer us, stomp and tramples us into the ground? Do we let it take the bridge? Do we die without a clutching embrace from a fallen comrade with a speech of faraway seas and misty childhood nostalgic reverie, cue Taps, and BUH BUH BUH... 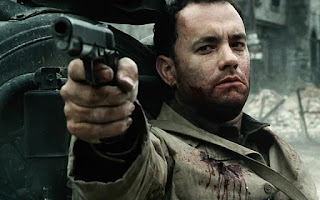 No. We stand and fight back because fear isn't real. It's an invention to make our lives easier, like money or the internet. It's an efficient and expedited route to the end. An unobstructed EZ-pass lane to a life of blindingly bland boredom and missed opportunities. How do we combat this dark shapeless force with inexhaustible resources? You may think simple confidence will help, or mental fortitude, but you'd be wrong. The left side of the brain can't help you. It's nearsightedness clouds your vision. And the right brain especially can't help. It tells us to be reasonable, use logic, compute the risks, tally the total, and the odds always come back heavily favored against, but you can't destroy, eliminate, or even subdue fear. It will always be there and we just don't have time for false dichotomies. Slam the over. Roll the dice. Why not? Who cares? Fuck it. According to Mark Twain, there is only one resistance to fear and it's not logic, reason, or confidence. It's conqueror, it's vanquisher, it's master...is courage, and that comes from someplace else.
Email ThisBlogThis!Share to TwitterShare to FacebookShare to Pinterest